We create interactive medical training courses. We are the first company in the world that provides accredited training for CPR and advanced life support courses completely online. We are one of two brands qualified to sell life support training to the United States Army. Our business is made possible by continuous innovation in our proprietary web-based learning management, content management, and sales management systems.

I worked with the company's investors as a financial analyst / business analyst and we closed a deal to purchase this company from prior management. I am currently general manager and focus on growth through improving the product and opening new sales channels.

Legal: Successfully protested tens of millions of dollars of federal government procurements which were not competitive. Changed state regulations to allow our courses to be accepted. 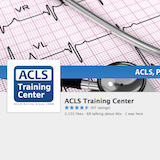 The flagship use case for blockchain applications was money. First, Bitcoin created $300 billion dollars out of thin air. For the next ten years, the only actual useful applications of blockchain have been to purchase drugs, and to raise money quasi-legally. Then I got involved with the second use case.

Here is what a pull request review from me looks like: Erasure Bay. I have also reviewed/worked on: 0xcert Framework, Nightfall, Solidity, MLB Champions. I have responsibly published vulnerabilities against Compound Finance (token prices can change faster than specified) and Aion (can steal anyone's tokens). I review interoperability standards, ERC-165, ERC-1167.

Designed an enterprise-wide budgeting and forecasting system, selected and managed contractors and remained accountable to users for a working system. Worked with corporate executives to get project sponsorship and support and rolled out implementation, unifying the planning process across all subsidiaries and business units. This involved detailed requirements gathering from users across the globe and communications with users who would be replacing their current, local business processes. CDI works in the technology outsourcing and staffing industries. My role was product lead, requirements engineer and programmer.

Managed migration and consolidation of management reporting systems. Worked in data warehouse with Oracle to transform and connect separate systems. My role was to lead the project initiation, the requirements process and user acceptance testing to ensure product is delivered as expected.

Researched and planned a project for transforming this semiconductor component manufacturer up the value chain into a sub-system and systems company in the telecommunication industry. This was an 8-figure capital/debt infusion and business expansion and involved many practical matters such as, site-selection and tax planning, market planning and product design with engineers, and joint-venture planning. My role was financial analyst and I performed internally what is commonly done externally by an investment banker.

Designed, selected vendors for and built 10 GBit/s optical communication network. The end product was a network laboratory for running Ethernet and SONET services over Discovery products integrated with CISCO networks. Challenges included limited parts availability and vendors without integration experience. This was overcome by reading CISCO network design documentation and using the CISCO administrator forums. Efforts included selecting components, validating the lab design and assembling the products when they arrived, from wire splicing all the way to programming. The end result was a proving ground for selling Discovery products for advanced engineering applications.

Wrote and performed engineering test cases on ship networking and sensor systems. Used test case results to fix embedded software. Challenges included learning ADA, a specialized cousin of C for high-availability systems. To aid in this, I created a code documentation tool for ADA to track functions and code paths and aid in auditability. Worked on software which is now deployed on USS Ticonderoga class warships. All information here is public and does not disclose secret Navy technology. Comments in the HTML source show Navy publications disclosing all the capabilities discussed here.

Collected historical rail on-time performance data for SEPTA's system of rail service over a period of 6 years. Performed statistical analysis of rail performance and created proposed schedule modifications for trains which have been consistently late. Results presented to SEPTA's service planning and rail operations group and used as part of their scheduling process.

Led collaboration with the FBI, FINRA, SEC, and investment banks to identify and resolve security holes allowing unauthorized access to retail investors’ accounts. Other non-financial security issues are noted below and I am continually working to find and resolve these types of problems in various industries. 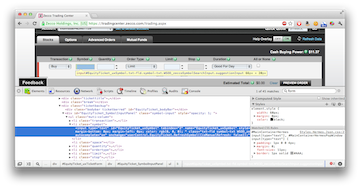 Lead analysis of operational best practices including surveys, interviews and psychological profiles of hundreds of top employees at an network of recruiting firms. Created comprehensive report with widespread distribution and presentation at global conferences. My role was project initiator, lead analyst and editor. 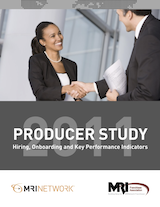 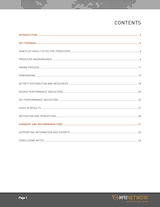 Thanks for your interest, now let's get in touch

Email me Connect on LinkedIn